It's not everyday you look outside of our Evolve Creative office windows and see a blanket of smoke. Or better yet, open up the patio door to the lake and smell what is reminiscent of evening campfires. Like other places right now in North America, the very dry and warm conditions this summer are definitely to blame for all the forest fires that seem to be popping up.

Just this past Tuesday (July 13th, 2021) a wildland fire broke out Northwest of Bemidji and in addition to the Canadian fires, has left the surrounding lakes area in a fog of sorts. Luckily the fire close to home has now been contained thanks to members of the Department of Natural Resources, Bemidji and Solway Fire Departments, Beltrami County Sheriff's Office and other local emergency personnel.

The recent wild fires surfaced a fond memory of the popular and iconic cartoon — Smokey Bear. Curious about his history, we did a little research and discovered the fictional bear was created on August 9, 1944 as a joint effort between the U.S. Forest Service and Ad Council to promote forest fire prevention. It was such a success, the Smokey Bear Wildfire Prevention campaign is still in use today and is the longest-running public service advertising campaign in U.S. history! 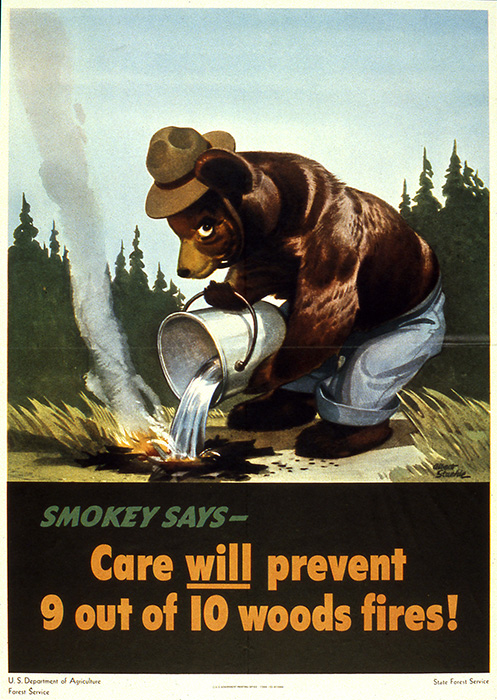 Artist Albert Staehle was asked to paint the first poster of Smokey Bear utilizing the original catchphrase "Smokey Says – Care Will Prevent 9 out of 10 Forest Fires." 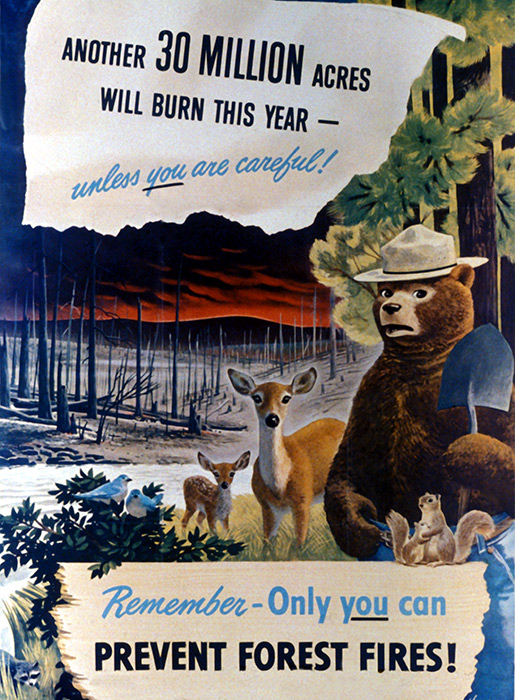 Smokey's slogan changed in 1947 to "Remember... Only YOU Can Prevent Forest Fires." 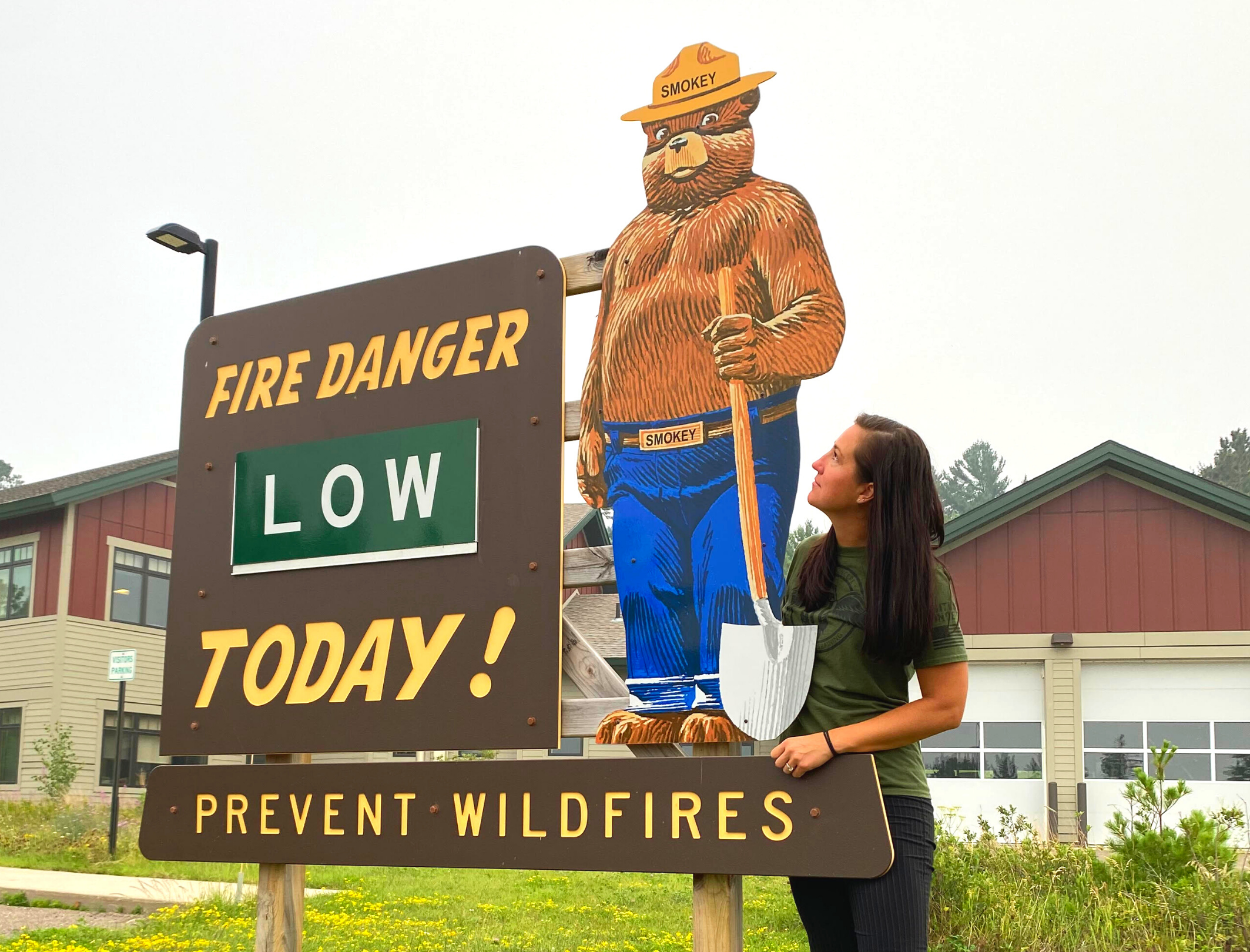 Smokeybear.com provided us with the interesting backstory:

The answer begins with World War II. On December 7, 1941, Japanese planes attacked Pearl Harbor. The following spring, Japanese submarines surfaced near the coast of Santa Barbara, California, and fired shells that exploded on an oil field, very close to the Los Padres National Forest. Americans were shocked that the war had come directly to the American mainland. Fear grew that more attacks would bring a disastrous loss of life and destruction of property. There was also a fear that incendiary shells exploding in the forests of the Pacific Coast would ignite numerous raging wildfires.

With experienced firefighters and other able-bodied men deployed in the war, communities had to deal with wildfires as best they could. Protection of forests became a matter of national importance, and a new idea was born. If people could be urged to be more careful, perhaps some of the fires could be prevented. To rally Americans to this cause, and convince them that it would help win the war, the Forest Service organized the Cooperative Forest Fire Prevention (CFFP) program with the help of the War Advertising Council and the Association of State Foresters. Together, they created posters and slogans, including "Forest Fires Aid the Enemy," and "Our Carelessness, Their Secret Weapon."

In a stroke of luck for the cause, in 1942, forests and their animal inhabitants were celebrated in Walt Disney's wildly popular motion picture, "Bambi." Disney allowed the CFFP program to use the film’s characters on a 1944 poster. The "Bambi" poster was a success and proved the success of using an animal as a fire prevention symbol. However, Disney had only loaned the characters to the campaign for one year. The CFFP would need to find an animal symbol that would belong to them, and nothing seemed more fitting than the majestic, powerful (and also cute) bear.

In 2001, Smokey's messaging was updated to its current version of "Only You Can Prevent Wildfires." The use of the word “forest fires” was changed to “wildfires” and new PSAs were created to educate the public on different ways that wildfires were caused such as hot coals, dragging chains, and burning debris. 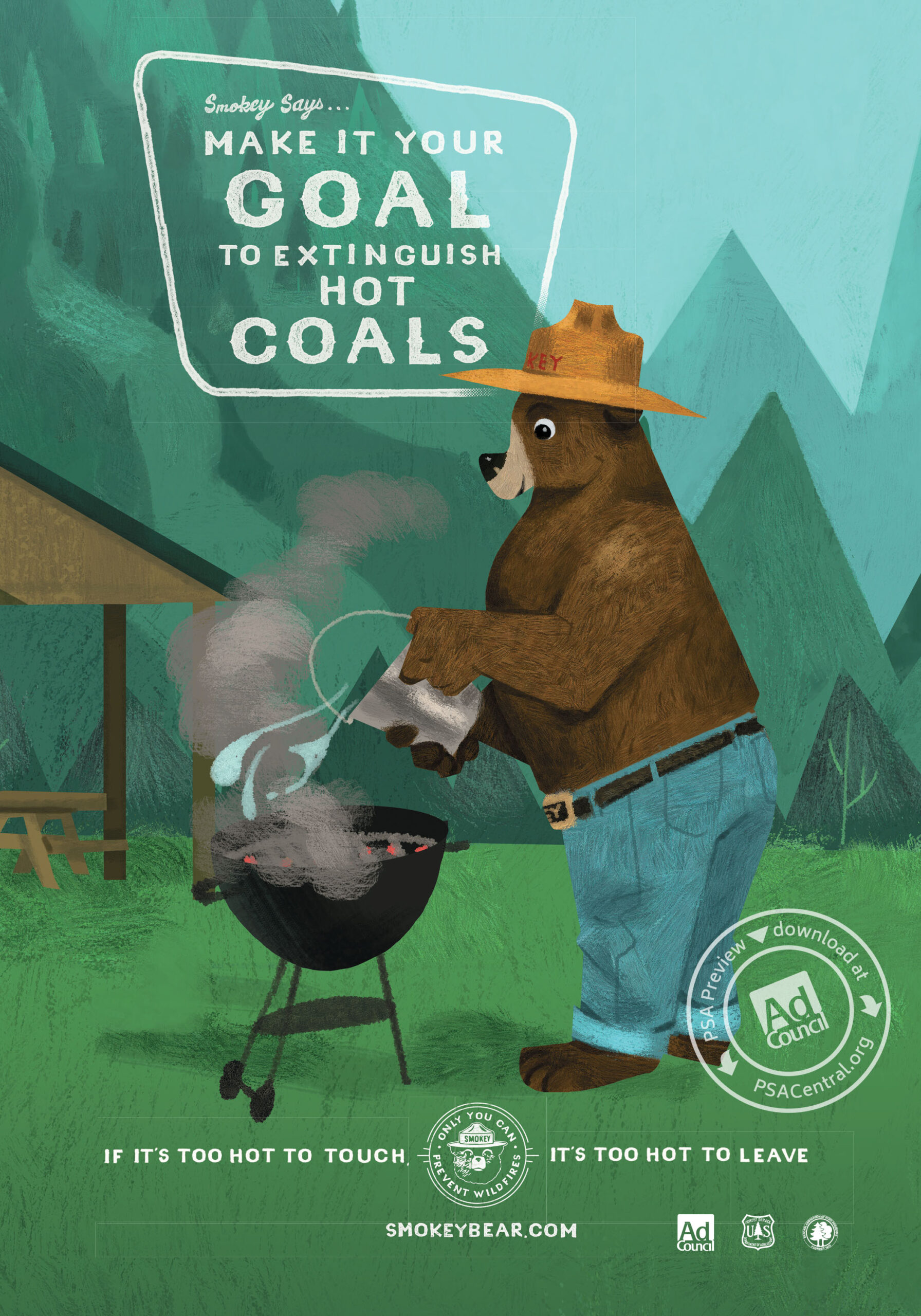 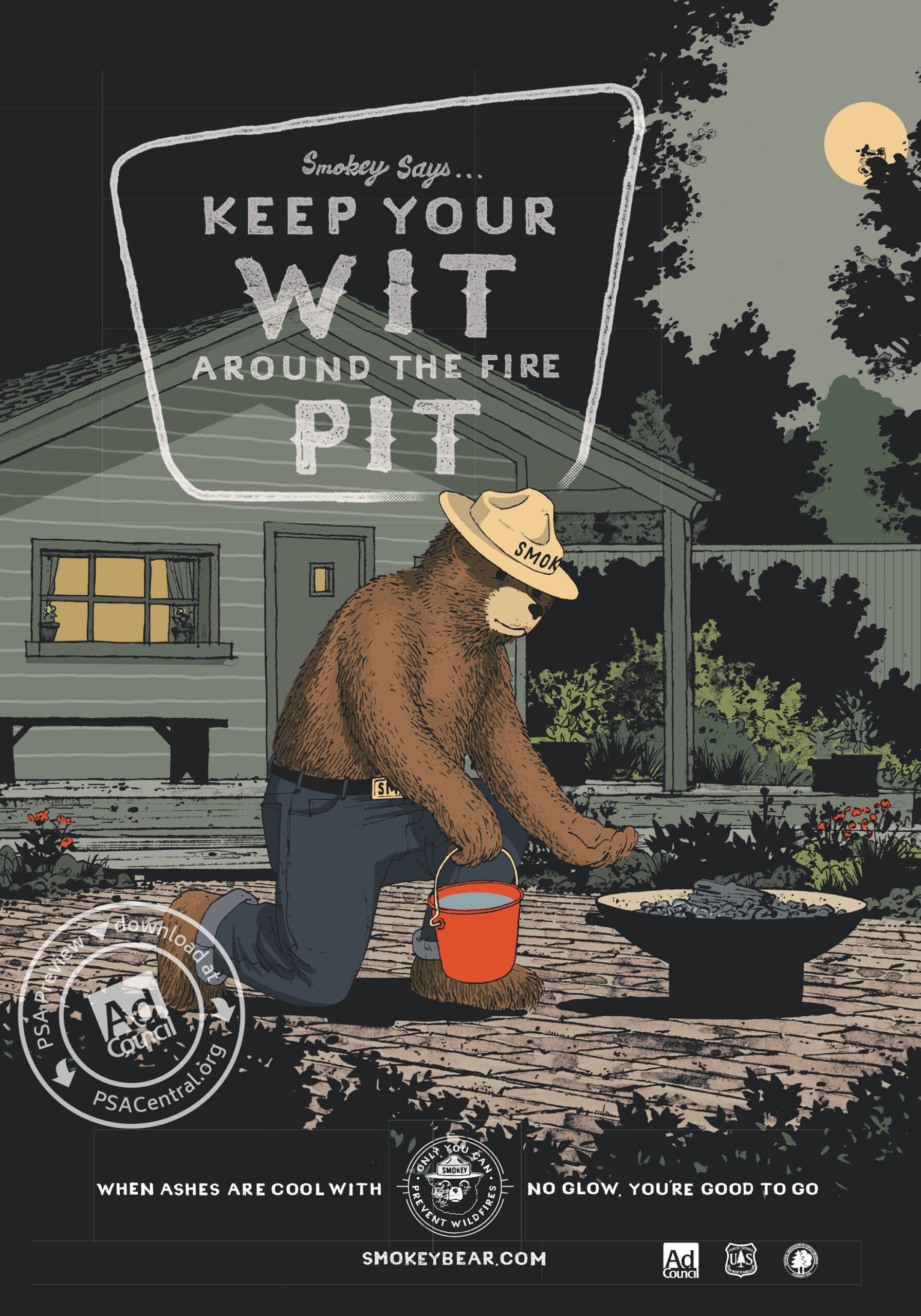 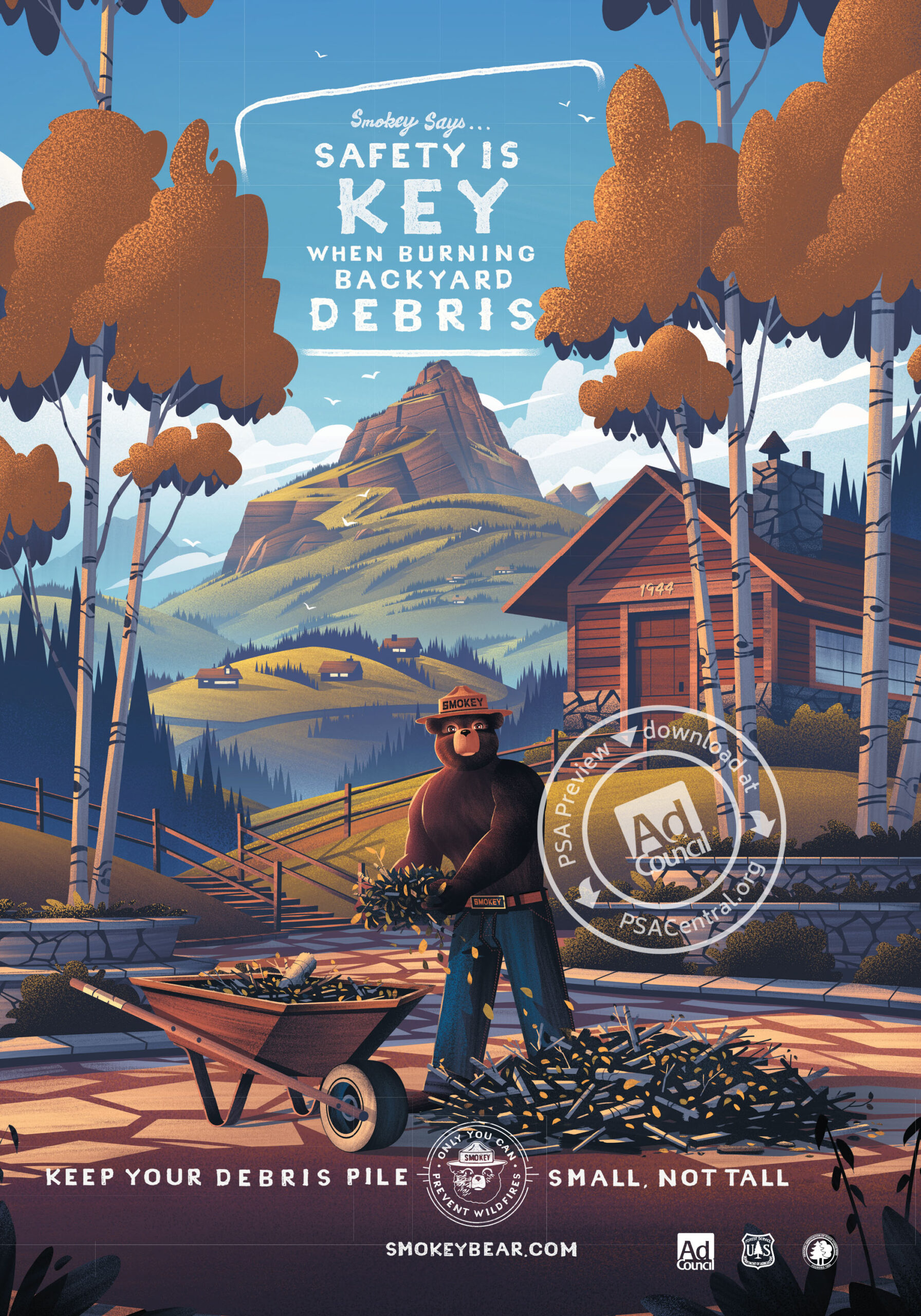 Make sure to check out smokeybear.com and take a walk through the decades — view posters, stamps, tv ads and other creative used in this 77 year ad campaign — the longest-running public service advertising campaign in U.S. history.

Don't miss out on our tips!

Submit your email to receive the latest tips & tricks to help your business succeed! 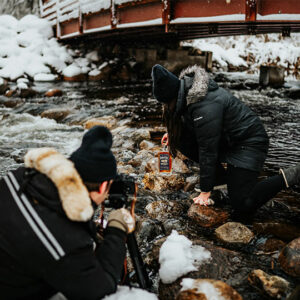 Located in the Northwoods Inspired by the outdoors Our company is located at the heart of the Minnesota Northwoods. We attract top level outdoor and lifestyle brands because our passion for it shows within our work. Having a team that embodies the same values and demographics your business is built upon, helps us relate our… 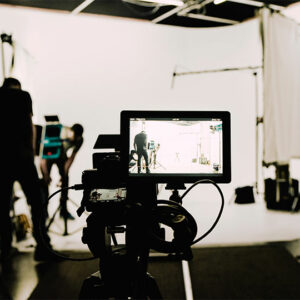 The Future of Recruiting

Start planning your killer promotional campaign for the holiday season. With so many e-commerce features out there, social media is the leading source to drive sales. Plan the perfect holiday campaign with targeted blog posts, thank you packages, and more! Check out these seven simple steps towards sleighing the holiday season.
!
Sign Up Now
Something went wrong. Please check your entries and try again. 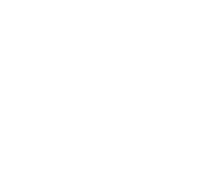